A municipal utility in the South may not be where you’d expect to find an exemplary smart grid implementation, but that’s just fine with EPB
Chattanooga. Its leaders are raking in the kudos—including POWER’s 2013 Smart Grid Award—and their community is attracting new businesses
in response to a fiber-optic-based system that has helped raise the profile of their city and bolster the sustainability of their utility.

Customers Motivate San Diego Gas & Electric’s All-Inclusive Smart Grid Vision
“If you build it, they will come” has proven a risky strategy for some smart grid projects. One of California’s largest investor-owned utilities faced
the opposite challenge—customers whose behaviors necessitated a smarter grid. Customer involvement in and support for smart grid plans is a major
reason SDG&E’s smart grid efforts continue to garner accolades, including the 2012 POWER Smart Grid Award.

The State of the Microgrid Market: Promise and Present Realities

Military Microgrids: Wanted and Needed but Tough to Deploy

Islands Are the Low-Hanging Fruit for Microgrids

Batteries Are Carving Out Space on the Grid
Falling prices and technological improvements have brought battery storage systems into direct competition with traditional distributed generation,
demand response, and peaking generation resources. But making one work efficiently and profitably is not just plug and play.

The Year Energy Storage Hit Its Stride
After operating on the sidelines for years, the energy storage sector is finally poised to begin making its mark, driven by greater policy support and
technological advances that have begun making new solutions economic.

Balancing Renewables with Li-ion Energy Storage
Li-ion energy storage systems are being deployed around the world to balance output from wind and solar, and the first grid-scale projects are
demonstrating the technology’s impressive potential. 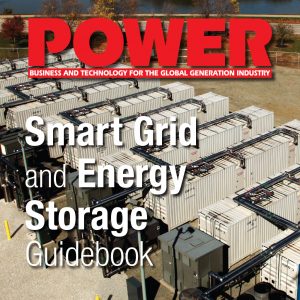