This exclusive guidebook provides an introduction for all aspects of heat recovery steam generators (HRSG) engineering. These articles were previously featured in POWER magazine and will quickly become your number one go-to reference.

Delivered in a PDF format. 52 pages.

CO2 Blasting Restores HRSG Performance
Steam production is strongly influenced by the cleanliness of the gas-side heat transfer surface in a heat recovery steam generator (HRSG). However, when deposits begin to impede heat transfer or increase gas-side pressure drop, it is time for a cleaning. CO2 pellet blasting is a cost-effective and environmentally benign cleaning method available to power plant owners and operators.

Strategies for Inspecting HRSGs in Two-Shift and Low-Load Service
Inspections of more than 500 units over the past 10 years reveals common challenges faced by mid-life HRSGs, particularly those used in combined cycle plants to
offset renewable generation and other aggressive operating strategies.

How low can you go? That’s the question owners of gas turbine combined cycle plants are asking these days as they are being called upon to operate those units for rapid response in markets where load following is becoming the norm. The resulting cyclic operation introduces challenges that can result in damage to steam cycle components if you aren’t careful.

Fully Automating HRSG Feedwater Pumps
Modern distributed control system platforms can provide many tools to capture best operating practices
and automate them. This case study shows the steps taken to automate a hypothetical simplified feedwater
pump system for a combined-cycle power plant. It describes a combination of controls automation
strategies and human-machine interface techniques designed to increase the overall level of automation
while improving ease of use.

Solving Fouling Problems with an HRSG Upgrade
Despite being located on the beautiful Hawaiian island of Oahu, the Kalaeloa Cogeneration Plant had
trouble in paradise: Large amounts of ash from #6 low-sulfur fuel oil coated the finned tubes of its heatrecovery
steam generators (HRSGs). The fouling added an extra $5 million dollars a year to the plant’s fuel
bill. By retrofitting the HRSG with new panels and improved fin design, the plant overcame the fouling
problems, stopped tube leaks, and cut fuel costs.

Selecting a Combined Cycle Water Chemistry Program
The lifeblood of the combined cycle plant is its water chemistry program. This is particularly true for plants
designed for high pressures and temperatures as well as fast starts and cycling. Even though such plants
are increasingly common, no universal chemistry program can be used for all of them.

The Evolution of Steam Attemperation
The fundamental design principles and process for modern steam desuperheating, or the attemperation
of superheated steam in the power generation industry, have been evolving since the early 1930s. Meeting
the requirement for steam quantity, quality, and temperature consistency is the foundation of traditional
attemperator component design, particularly for fast-response combined cycle plants.

Cost Benefits of a Cycling Analysis on a Combined Cycle Unit 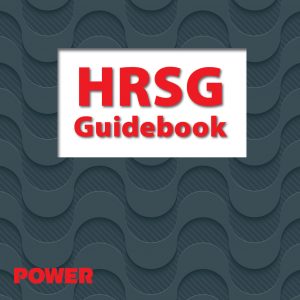