Delivered in a PDF, 57 pages

CCS Development, the Key to Coal Power’s Future, Is Slow
Advocates for the continued reliance on coal for baseload electricity cheered late last year when North America’s largest power-related carbon capture and sequestration (CCS) facility was commissioned. Since then, that pool of advocates is evaporating as prominent electricity industry decisionmakers publicly
distance themselves from coal and champion alternatives for a low- or no-carbon future. If CCS is to rescue coal-based power, time is of the essence.

SaskPower’s Boundary Dam Carbon Capture Project Wins POWER’s Highest Award
There was no debate among our editorial team when it came to selecting the most interesting and worthy project worldwide for this year’s top award. Boundary Dam Power Station Unit 3 is the world’s first operating coal-fired power plant to implement a full-scale post-combustion carbon capture and storage system. It did so more economically than other commercially available capture processes, and the utility has been active since project initiation in sharing its experience with generators, regulators, and others globally.

The Carbon Capture and Storage R&D Frontier
Given the costs and other concerns about currently available technologies for capturing and storing carbon dioxide from fossil-fueled power plants, interest in new technologies remains high. Here’s a look at some potentially promising approaches that are advancing the technology frontier.

R&D Projects Target Cheaper Carbon Capture, Use, and Storage
In order to burn abundant supplies of coal globally while minimizing carbon dioxide emissions, cheaper methods of capturing, using, and storing greenhouse gas emissions from power plants are needed. A new federal agency is on the leading edge of identifying and supporting promising technologies.

Determining Carbon Capture and Sequestration’s Water Demands
The U.S. Department of Energy’s National Energy Technology Laboratory is pursuing a new integrated energy-water R&D program that addresses water management issues relative to coal-fired power generation that takes into account the major impacts of CCS on water use. The goal of this research is to promote more efficient use of water in power plant operations and increase the availability of heretofore unusable waters for power plant use. Those practices can mitigate the impacts of CCS on power plant water use and allow for continued development of energy resources.

A Fresh Look at Coal-Derived Liquid Fuels
Thirty-five percent of the world’s energy comes from oil, and 96% of that oil is used for transportation. The current number of vehicles globally is estimated to be 700 million; that number is expected to double overall by 2030, and to triple in developing countries. Now consider that the U.S. has 27% of the world’s supply of coal yet only 2% of the oil. Coal-to-liquids technologies could bridge the gap between U.S. fuel supply and demand.

Capturing CO2: Gas Compression vs. Liquefaction
Carbon capture and sequestration is very likely to be a key element of any future greenhouse gas legislation. Integrated gasification combined-cycle plants now under design have provisions to separate the CO2 at elevated pressures. Coal-fired plants have a far more difficult and expensive task—separating and compressing CO2 from pressures just above atmospheric conditions.

Commercially Available CO2 Capture Technology
While many CO2 removal technologies are being researched through laboratory and pilot-scale testing, an existing technology has a significant operating history at commercial-scale facilities, where it is collecting CO2 from multiple sources, including low-CO2 concentration flue gas (<3.1% by volume) with high oxygen concentrations (>13% by volume).

Oxy-Combustion: A Promising Technology for Coal-Fired Plants
For more than a decade Babcock & Wilcox Power Generation Group Inc. and Air Liquide have been developing oxyfuel technology with the goal of using it to concentrate CO2 from pulverized coal-fired power plants and achieve up to 90% CO2 capture and storage. This technology was recently selected for demonstration as part of FutureGen 2.0.

Underground Coal Gasification: Another Clean Coal Option
Underground coal gasification (UCG) is the gasification of coal in-situ, which involves drilling boreholes into the coal and injecting water/air or water/ oxygen mixtures. It combines an extraction process and a conversion process into one step, producing a high-quality, affordable synthetic gas, which can be used for power generation. Still in the early stage of commercialization, UCG is poised to become a future major contributor to the energy mix in countries around the world. 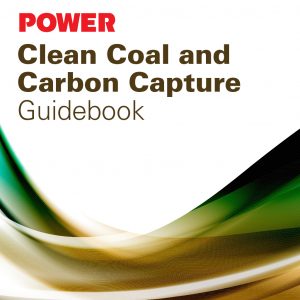